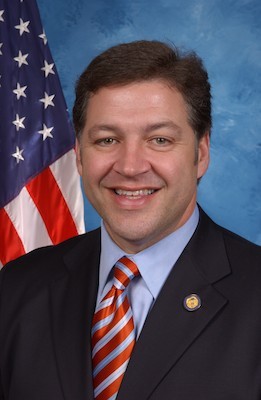 Rep. Bill Shuster (R-PA) plans on Monday to introduce the Regulatory Integrity Protection Act of 2015, a bill that would force the Environmental Protection Agency (EPA) to withdraw its Waters of the United States rule.

Shuster, who the chairman of the Transportation and Infrastructure Committee, has opposed the rule since its introduction on the grounds that it is a federal overreach. Acting as the chair of a bicameral hearing about the rule and holding a field hearing in his district last year, Shuster has led the efforts against the EPA’s regulation.

“This EPA power grab demonstrates how important it is that Congress reins in the federal government,” Shuster said. “My legislation stops the Waters of the United States rule and protects Pennsylvania farmers, homebuilders and small businesses from its harmful implications.”

The rule has been criticized by some politicians and industry leaders for its extension of EPA authority. The proposed bill would, in addition to removing the rule, require the EPA to consult with state governments and affected industries before creating new rules.

“It doesn’t seem to matter if it’s coal, natural gas or even agriculture,” Shuster said. “The president has set an aggressive agenda focused on increasing the federal government’s role in each of these industries and Republicans must continue to advance policies that stop him.”