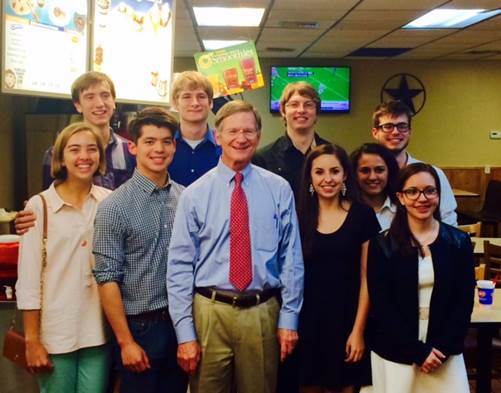 “Reining in the EPA: A Regulation Roundtable,” a public forum hosted by Rep. Lamar Smith (R-TX), attracted over 200 participants Wednesday at the Cailloux Theater in Kerrville, Texas.

“The public has a right to know about the drastic and costly regulations that the (Environmental Protection Agency) is crafting behind closed doors,” Smith said. “These proposals will have far-reaching impacts…in communities all across Texas and the nation. We must ensure that our nation’s policies serve the interest of the American people – not an extreme political agenda.”

“As chairman of the House Science, Space and Technology Committee, I will continue to do everything in my power to ensure that agencies like the EPA are operating in the most efficient, effective and accountable manner possible,” Smith added.