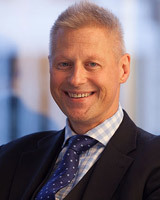 Rob Forlong, chief executive of New Zealand's Environmental Protection Authority (EPA), said on Friday that he has submitted his resignation, effective the end of June.

The EPA was founded in 2011, and Forlong served as its CEO through its development period. Prior to this, he served as chief executive for the Environmental Risk Management Authority for six years.

The EPA's board will be looking for a replacement, as well as an interim CEO for the position.

"He’s managed the merging of three groups of staff into one organization, driven the necessary culture changes, implemented the EPA’s responsibilities for managing the environmental impact of activity in the Exclusive Economic Zone, and developed an effective process for administering Nationally Significant Proposals," EPA Board Chair Kerry Pendergast said.“He’s done all this while ensuring the EPA has continued to follow robust and transparent processes, and that the organization doesn’t ‘drop the ball’ in any of its work.”

Forlong's resignation will take effect at the end of June. He will serve in a new role as CEO of the Whangarei District Council beginning in July.