White House plan to save bees amid conflicting reports on neonics 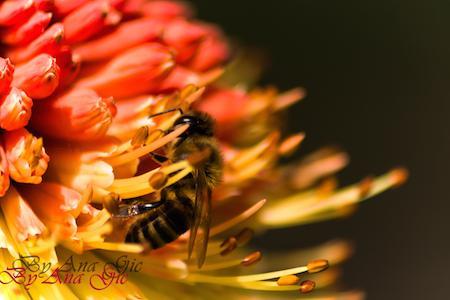 Conflicting reports about whether neonicotinoids, a newer class of insecticides, are responsible for honey bee deaths are emerging just as a task force created by the Obama Administration prepares to release its recommendations to combat the loss of pollinators.

The White House created a Pollinator Health Task Force last year to build a federal strategy to promote the health of honey bees amid fears that pesticide use could be causing bee deaths.

In anticipation of the task force report, a new poll was released by the California-based opinion research company FM3 that found that 86 percent of respondents said honeybees are important to the nation’s food supply. When asked what is causing pollinator population declines, 70 percent of respondents said it was mainly human behavior, including increased use of pesticides. The poll was commissioned by the Center for Food Safety and other groups.

In contrast to public opinion, some research shows that bee populations are not declining, but trending higher.

According to a March 20 report by the Department of Agriculture, United States honey production in 2014 rose 19 percent from 2013.There were 2.74 million colonies producing honey in 2014, up 4 percent from 2013.

“The bee population is actually healthier right now that it was 10 years ago,” Peter Nowak, a principle at AgInfomatics, an independent agricultural research firm, said.

Nowak’s firm Aginfomatics conducted research last year for Growing Matters, an organization led by companies that study and produce neonicotinoid insecticides, including Bayer CropScience, Syngenta and Valent U.S.A. Corp., with support from Mitsui Chemicals Argo. That research showed that homeowners prefer the attributes provided by neonicotinoids, also known as neonics, for controlling pests over other insecticides and are willing to pay more for them.

Neonicotinoids are a type of systemic insecticide introduced in the 1990s as a result of legislation mandating that manufacturers create less harmful pesticides. This type of pesticide becomes an internal part of the plant, often through treating the seeds. Nowak said only insects that bite into the plant are affected by the pesticide. Bees and other pollinators that land on the outside of the plant and take pollen are not affected by the insecticide, he added.

“One of the overwhelming themes is if you take away neonicotinoids it’s going to be a disaster for pollinators,” Nowak said in an interview.

If the task force recommends neonicotinoids be banned, growers would likely turn to harsher pesticides to protect their crops, Nowak said.

“In order to protect against their pests, these growers are going to be spraying these older pesticides on the surface of the plants where the pollinators will be exposed and the insecticide will kill pollinators,” Nowak said. “It’s also going to go after the beneficial insects. Both the friendly insects and the pollinators will be at tremendous risk if we take away neonicotinoids.”

Agriculture, environmental and food safety groups have been ramping up pressure on the federal government to address the threat pesticides pose to pollinator populations and the nation’s food supply. It is estimated that bees provide agriculture an estimated $18 billion to $27 billion in pollination service annually.