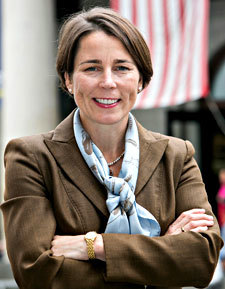 Healey’s office is leading a coalition of states, the District of Columbia, cities and a county that are fighting for the rule, which was issued in 2011 and is meant to bring a 75 percent reduction in mercury and other air pollutants this year.

MATS is opposed by electric power industry groups and some states because coal and oil-fired power plants that haven’t already updated their facilities to include pollution-control technology would have to do so. This could be expensive, and those opposing the rule argue that the EPA should have considered this before deciding to regulate power plant air pollution.

The issue was brought to the U.S. Court of Appeals for the District of Columbia in April 2014, which upheld the rule. The Supreme Court agreed to hear petitions on the issue in November, and is now hearing oral arguments.

"We need a federal standard to be truly successful in protecting the health of our residents nationwide,” Healey said. “EPA’s rule will reduce toxic air emissions that harm our residents and natural resources, and is the kind of commonsense regulation that demands support. I urge the Supreme Court to uphold the lower court’s decision in this critical case.”