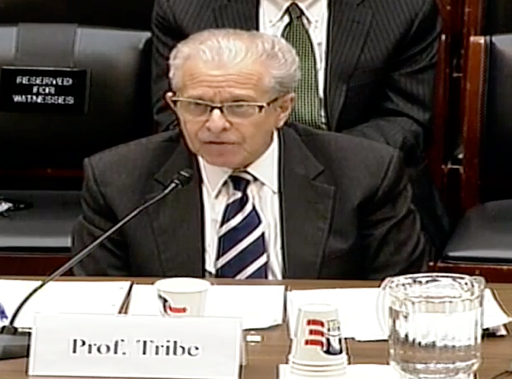 “EPA lacks the statutory and constitutional authority to adopt its plan,” Tribe said during a House Energy and Power Subcommittee hearing. “EPA is attempting an unconstitutional trifecta: usurping the prerogatives of the states, Congress and the federal courts – all at once. Much is up for grabs in this complex area. But burning the Constitution of the United States – about which I care deeply – cannot be part of our national energy policy.”

The EPA’s proposal calls for cutting power plant emissions 30 percent by 2030. The agency  has said that this will increase electricity retail prices 6.5 percent by 2020 and result in the shutdown of 19 percent of U.S. coal-fired capacity.

Others at the hearing declared their concerns about the potential impact of the Clean Power Plan on the reliability of electricity, the economy, the affordability of power and many other factors.