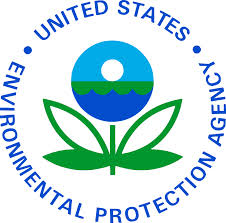 The Environmental Protection Agency (EPA) recently extended the comment period on risks of chlorpyrifos to April 30.

In January, the EPA released an assessment on the risks to human health from the use of chlorpyrifos pesticides, especially to workers who handle the compound. There are also concerns for specific geographic locations that use small watersheds for drinking water. As a result, further restrictions on these compounds will be considered in order to protect workers and water supplies.

In 2000, the EPA prohibited the household use of chlorpyrifos except for use as bait for roaches and ants. The agency also suspended the use of this pesticide on tomatoes, and limited its use on other crops including apples, tree nuts and citrus fruits.

Ecological assessment and risk assessment with regard to the Endangered Species Protection Program is expected to be released later in 2015.

The assessment states that the pesticides did not show additional risks to consumers of treated food, individuals working with airborne forms of chlorpyrifos or bystanders.

The comment extension is provided because many affected parties requested it due to the assessment's complex nature and length.