Inhofe asks EPA to respond to petition on NGV rule 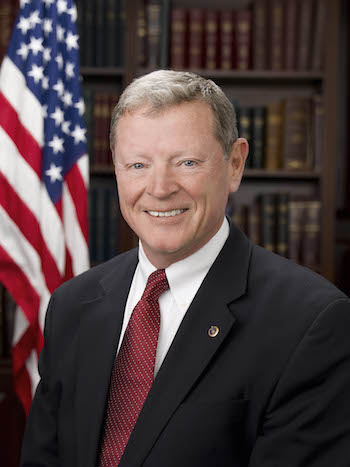 The petition asks for relief for natural gas vehicles (NGVs) under EPA’s light-duty vehicle greenhouse gas rule, which was finalized in August 2012. VNG and NGVAmerica filed a petition in December 2012 for this rule to be reversed, but the EPA has yet to take action on the request.

In the letter, Inhofe emphasized that the EPA rule limits incentives for the purchase of natural gas vehicles after the model year 2016, thereby creating a bias in favor of electric vehicles.

“The threshold established by EPA is contrary to the current automobile industry practice and serves no purpose other than to unnecessarily hinder the market development of NGVs,” Inhofe wrote. He asked McCarthy for a status update on EPA’s consideration of the petition and urged a quick decision that would allow the relief the petition requests.

“All of the dual-fuel NGVs currently available and announced for model year 2015 provide twice the range on gasoline as they do on natural gas, but still provide a minimum of 150 miles on natural gas,” Inhofe said. “There is no justification for preventing these vehicles from taking advantage of the utility factor calculations in measuring greenhouse gas emissions.”